Puzzle Trail is all about playing virtual puzzles in the real world. We give you a map which shows you where to go, when you get there you get a puzzle to solve. Solve that puzzle and you will be given the next location in your trail. Puzzle Trail is great for escape room fans, urban escape fans, and anyone who likes a puzzle.

The best way to understand is to play, so why not check out one of our free to play demonstration Puzzle Trails? For a super quick intro, try out the remotely playable #EnigSwiss trail. If codes and ciphers are your thing you will want to try A Hebridean Journey which is also designed to be played from anywhere in the world. If you have a bit more time and want more of an idea what an in-person Puzzle Trail is like, then try A Stroll Down The Limmat which you can play remotely or even in person in central Zurich, Switzerland. And if you are in the vicinity then you shouldn't miss our first full Puzzle Trail, The Star of Uster, which needs to be played in person in Uster, in the canton of Zurich, Switzerland.

A Stroll Down The Limmat

Starting at Zurich Hauptbahnhof in Zurich, Switzerland and taking in some of the sites along the Limmat river, this is our demonstration Puzzle Trail. It's designed to give you a good overview of what Puzzle Trail is about and how it works. If you are looking for an escape room or an urban escape game in Zurich that's free to play then this is perfect.

You can play this trail either remotely or in person. 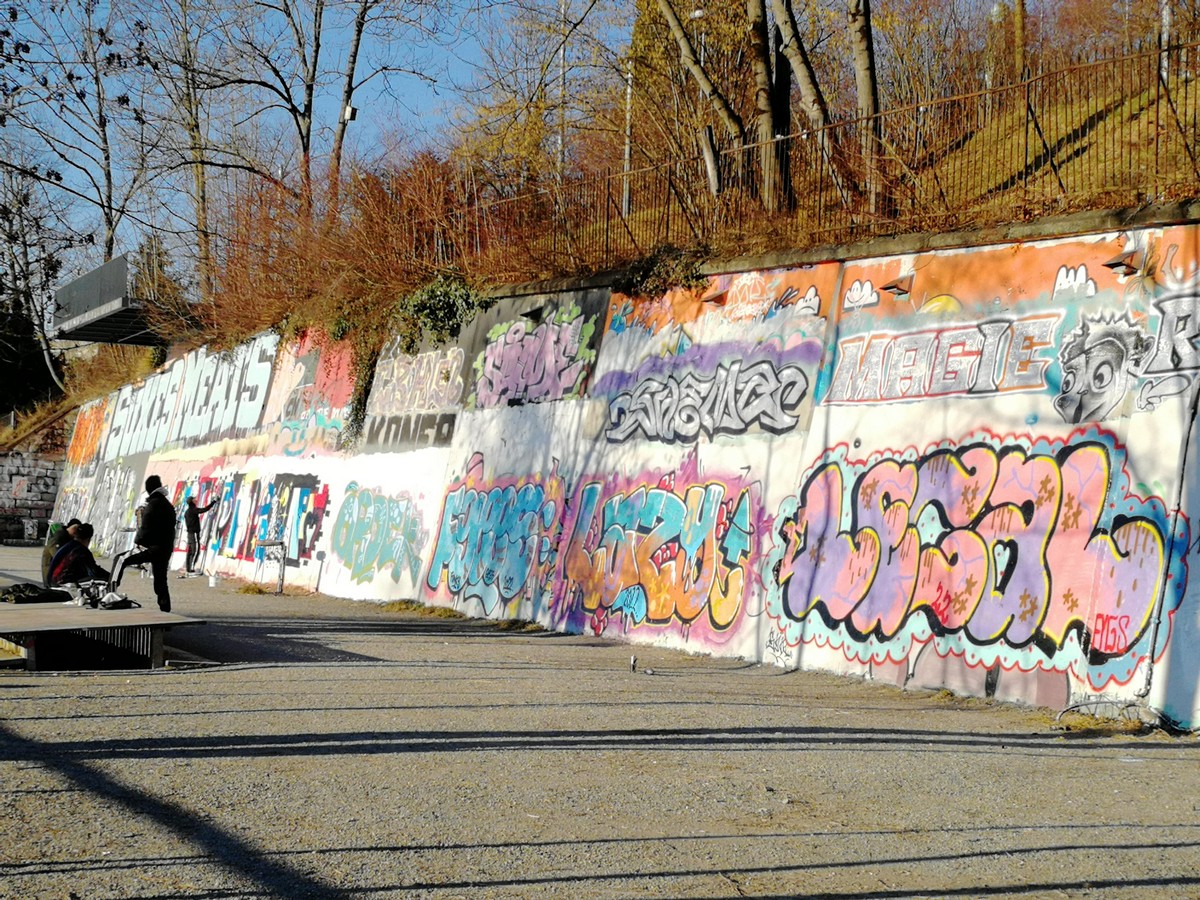 The trail will take around 15 to 20 minutes and you can play either solo or with friends.

To play in person you need a smartphone with location enabled and mobile data. The trail will take around 1 hour (including a short tram ride) and you can play either solo or with friends.

If you want to play in person then you need to get yourself to the main train station in Zurich, Switzerland (Zürich HB) – the trail starts right at the end of platform 3 as shown here on Google Maps.

The Star of Uster

Starting at Uster station in the canton of Zurich, Switzerland, this is our first full-fat puzzle trail. If you are looking for an escape room or an urban escape game in Uster then this is the trail for you, and it's free to play.

Legend has it that the Uster textile mill owner Heinrich Zangger (1766 - 1833) was a mean old soul. Rather than leave all his fortune to his children (or worse, the state!), he instead used a large portion of his wealth to purchase a spectacular diamond known as The Star of Uster shortly before his death which he then hid somewhere nearby.

Your uncle Xavier was fascinated by local history and devoted his retirement to searching for the likely mythical Star to no avail, dying penniless a couple of months ago. This morning you received your inheritance in the post - a locked briefcase and a note which reads simply:

"It's real. Go to Uster station, take the briefcase" 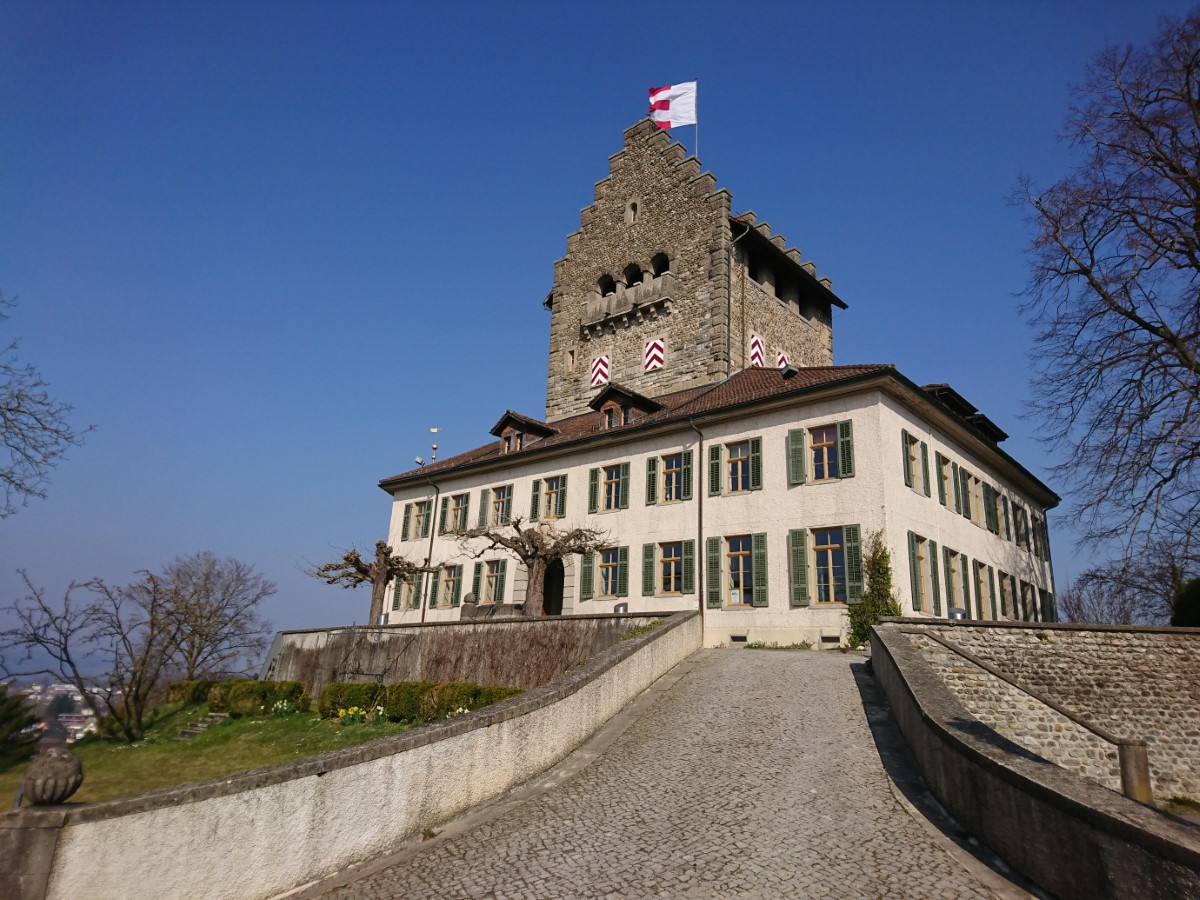 You need a smartphone with location enabled and mobile data for this Puzzle Trail. Before you start you need to get yourself to the train station in Uster in the canton of Zurich, Switzerland – the trail starts by the Kiosk near where the busses stop, as shown here on Google Maps

Expected time required: 1 hour including around 30 minutes of walking (a distance of about 2.5km) with some uphill sections. You need to play this trail in person. You can play solo but it's more fun with a friend or two. If you are not familiar with Puzzle Trail you might want to play our short demonstration trail first.

Whizz around Switzerland on a whirlwind remote-play Puzzle Trail put together for the puzzle setting challenge #EnigMarch. 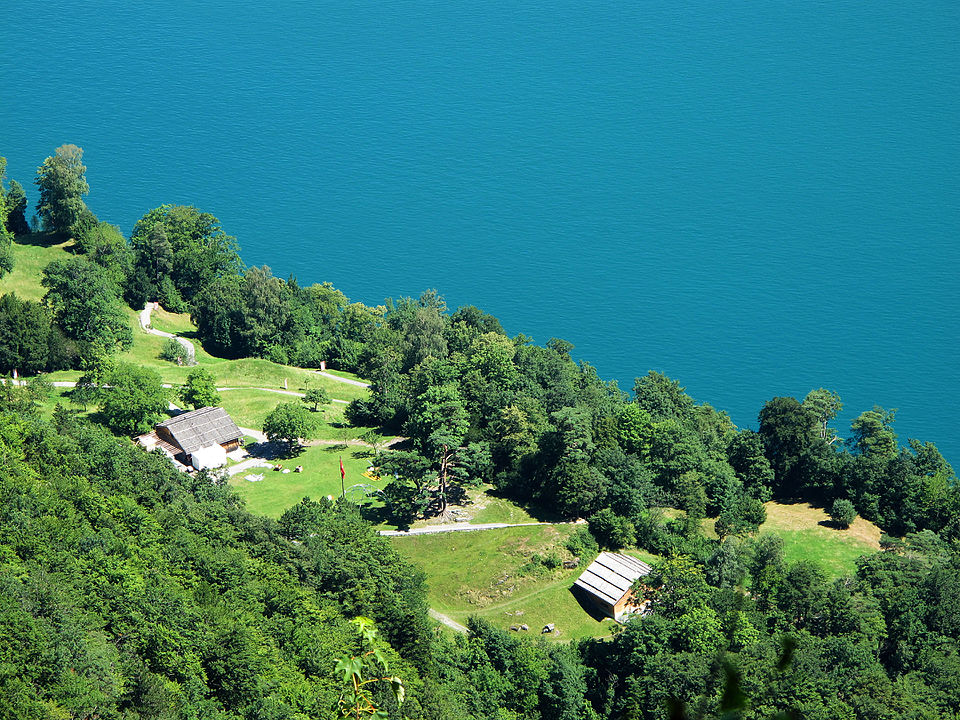 This is a remote-play only trail, so you can play from anywhere in the world on your phone, tablet or computer.

This trail is free to play. You can find more of our #Enigmarch puzzles here.

Journey round an antique map of the Hebrides as you solve a selection of ciphers and puzzles in an attempt to catch up with your contact John 'The Clock' Knox in this remote-play Puzzle Trail. 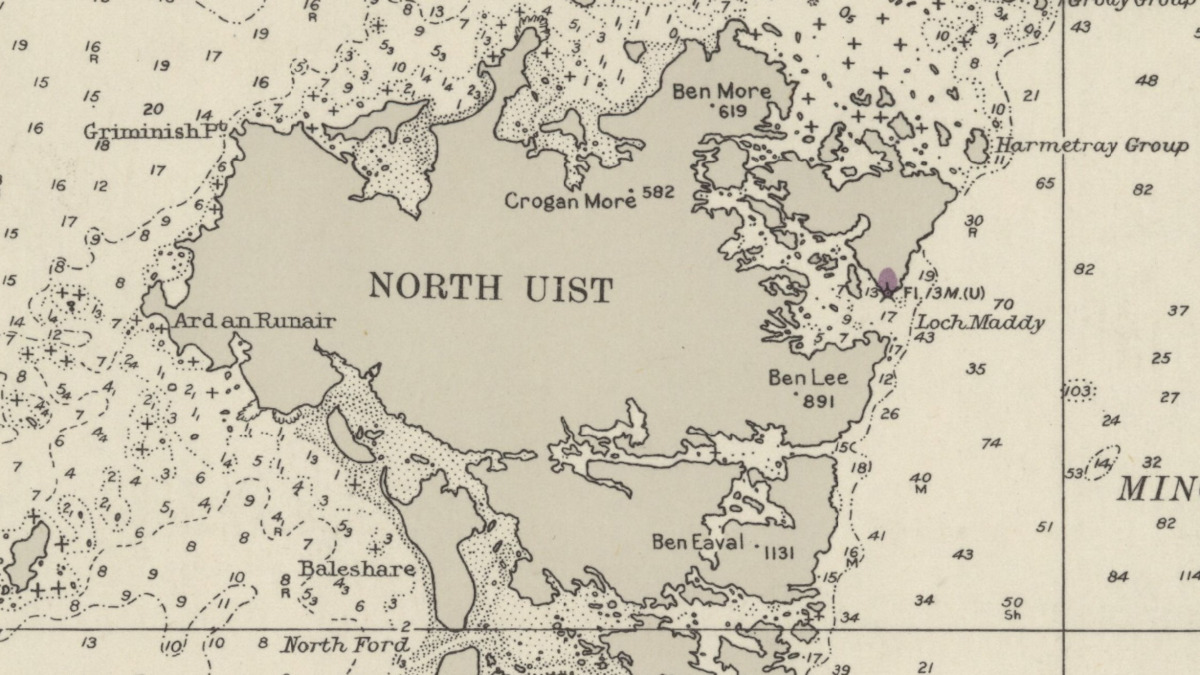 This is a remote-play only trail (unless you have a time machine), so you can play from anywhere in the world on your phone, tablet or computer.

Something a little different – are you a fan of Wordle, Quordle, Wordiply and the like? Try our new daily word puzzle game Chainagram. Can you build a chain of everchanging anagrams to link two words? How long a chain can you make?

Interested in where the idea for Chainagram came from? This article on the inspiration behind Chainagram tells you all you need to know. 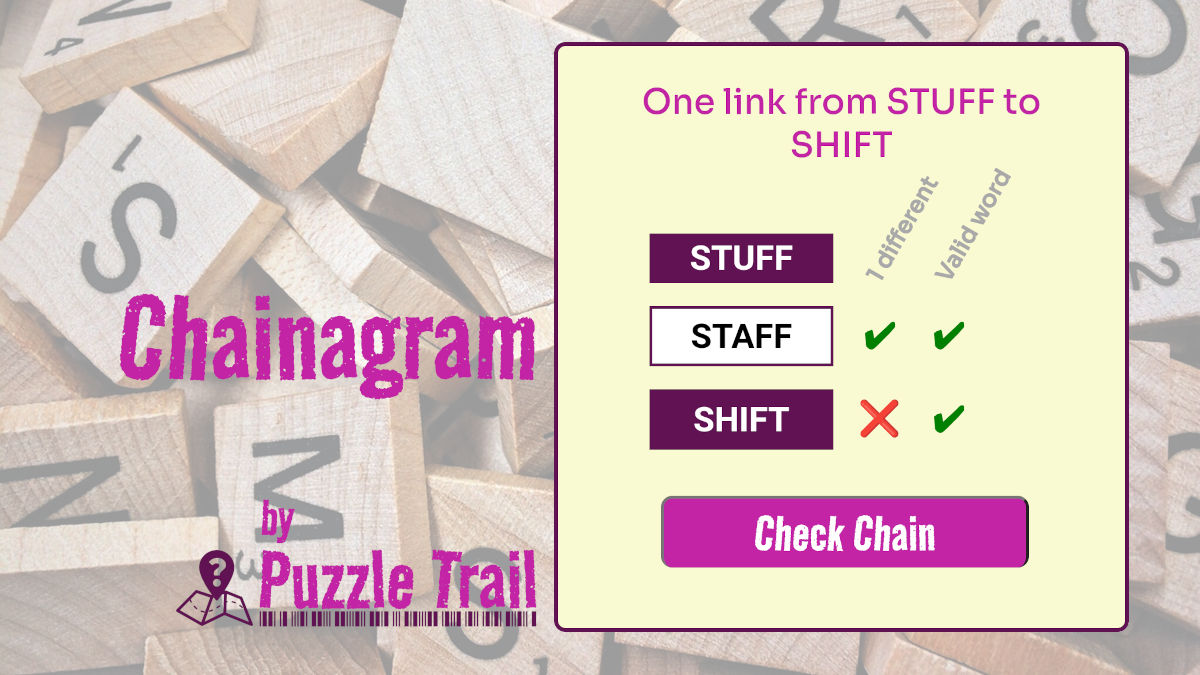 Find out more about Puzzle Trail and our plans for the future.

Want to try out some standalone puzzles? Check out our puzzle library.

Want to run a pub quiz? See what we can offer you or come watch us in action in Zurich.

Are you a puzzle lover in or near Zurich? Come and join our Puzzled Pint group!

Join our mailing list to get news from Puzzle Trail such as a heads up when we add a new trail. We don't send many emails, we never sell your information and you can unsubscribe at any time. Stick your details in the form and we'll add you right away.

Want To Get Involved?

Do you want to write your own Puzzle Trail or even invest in the platform? Drop us a line using the same form (no need to subscribe to the list) or just send an email to paul@puzzletrail.games. You can also find Paul on Twitter and Mastodon.

Our contact form requires javascript and cookies in order to help us fight spam. If you do not want to enable these in your browser then you can contact us directly.